Sorry for not being active since last month. I move from my house to another and my garage is 100km far away from where i live. So i dont have the time to work on my 319

I'm searching a garage to finish the body work and make the paint. Hope i'll find it soon. Cant wait to drive my 319 again ...

See you soon Jim...be good to see you driving that L319 again..hope you find a new place too.
Good luck..
Nach oben

Fingers crossed and hope for the best 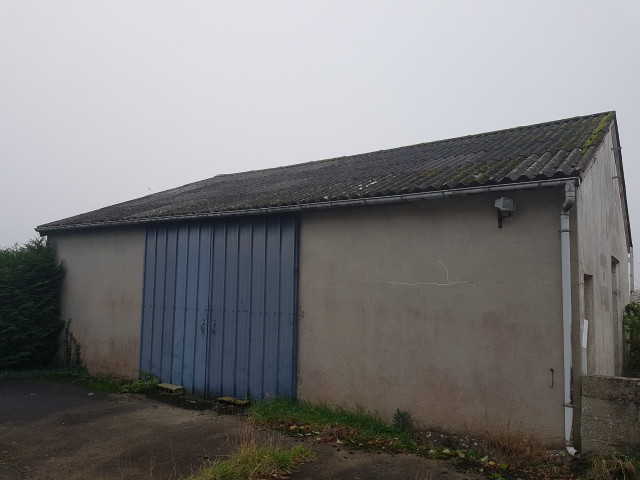 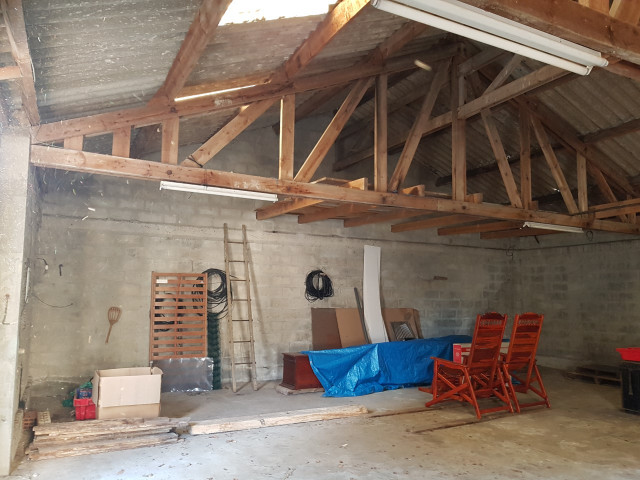 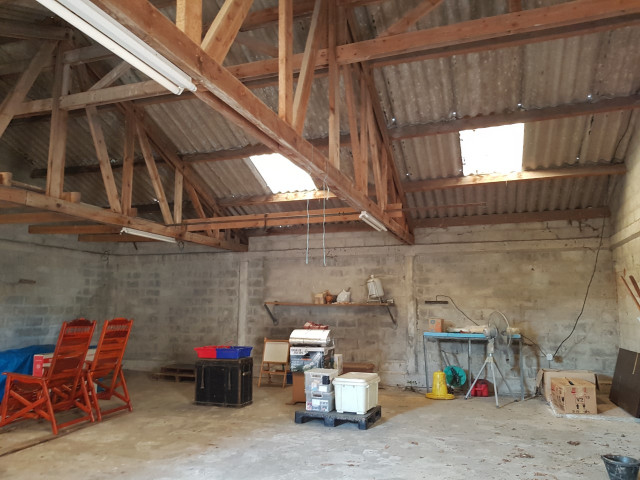 now it's time to move everything to the new garage and restart working on the 319 ! i haven't give up ! i start it sometime and make some road during 5mn around: 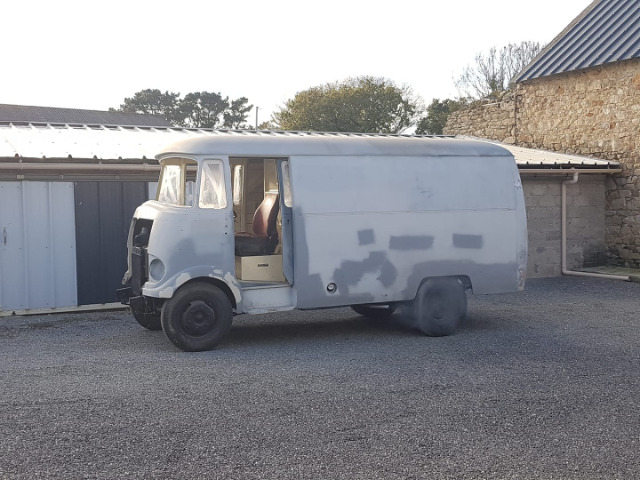 to be continued soon

Congratulations for your new garage !
Is it yet yours, or will you have to wait a few weeks before ?
Nach oben

Jean-Manuel hat geschrieben:Congratulations for your new garage !
Is it yet yours, or will you have to wait a few weeks before ?

sad news yersterday, i had to call the firefighter ..... my estafette turn in flame immediately when i started it, i don't know the reasons for the moment. she's not dead but many work and i don't need that for the moment

even i got an extinguisher, it was to late, the motor was in flames when i realize ... 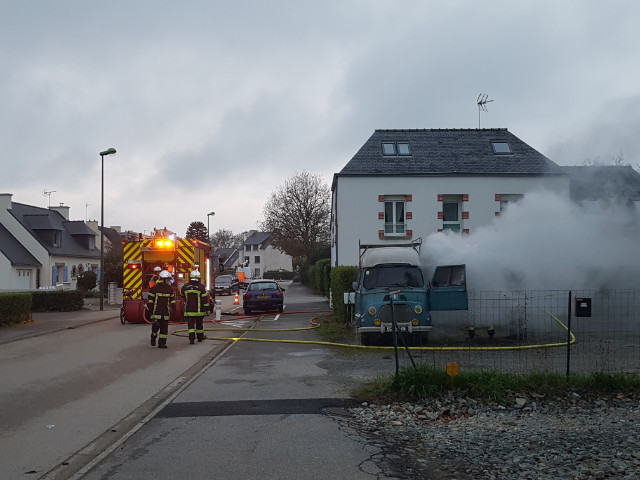 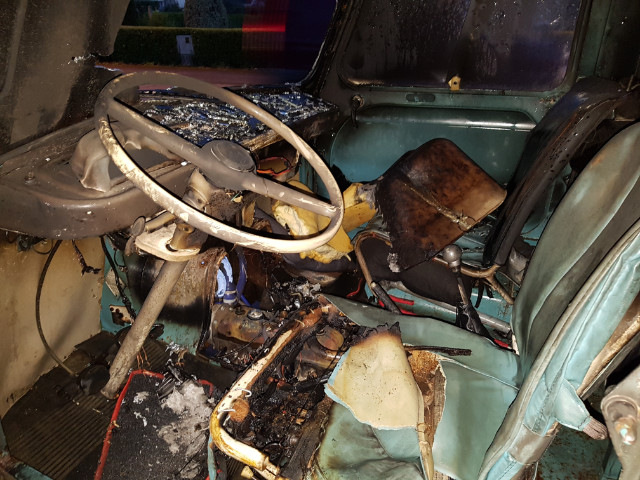 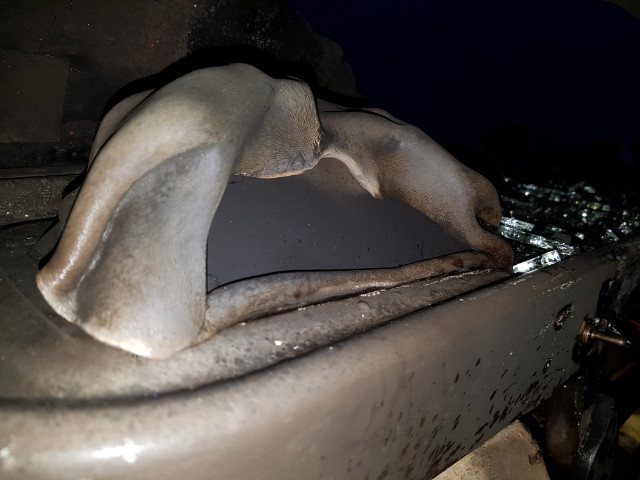 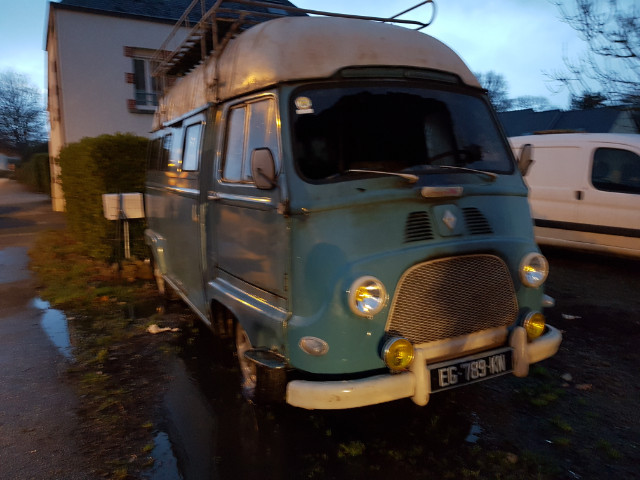 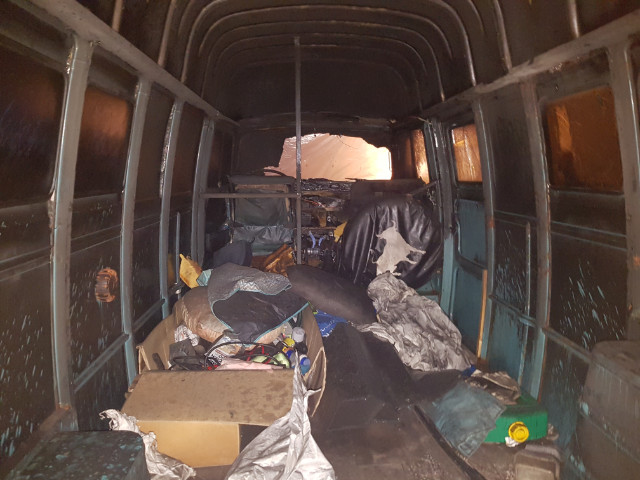 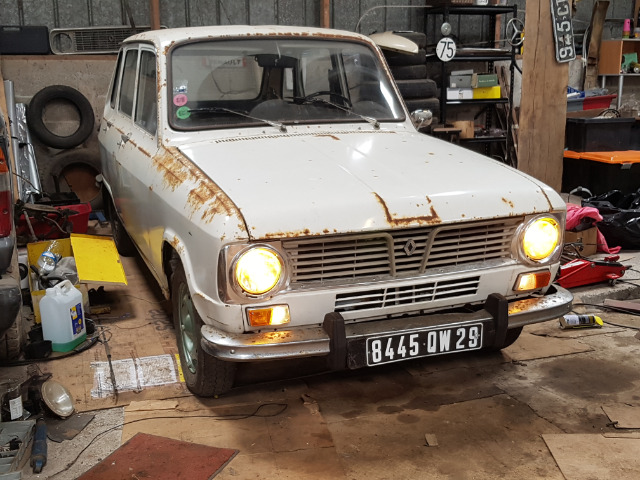 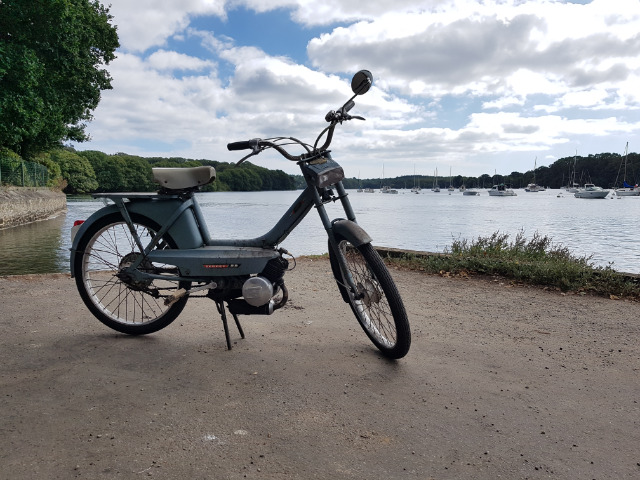 Sad to see, what happened to your Estafette. I hope the damage is covered by an insurance.
But at least its not a total loss.
Good luck for rebuilding the Estafette.
Christian
Nach oben

Tuesday I finally bought my new garage and deposited the R6 immediatly! 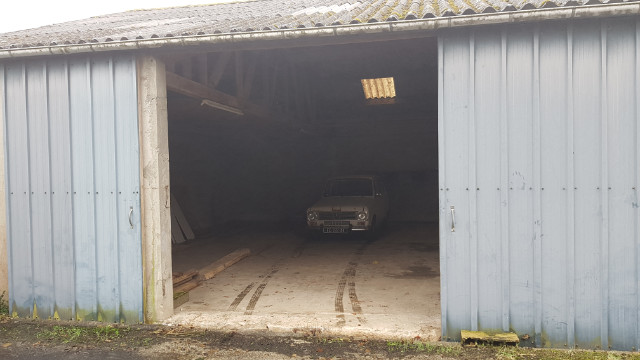 then today (Wednesday) was the marathon from 9h00 to 19h00, we located the truck and its trailer to move the 319, the Furnace (the cremated estafette, new name

), the estafette donor, the mobylette and a small trailer that I have rebuild for ages ... the maximum weight was clipped with the 319, especially because I filled them with gear or spare parts to avoid making too much roas to finish the moving.

we started by loading the estafette with the winch : 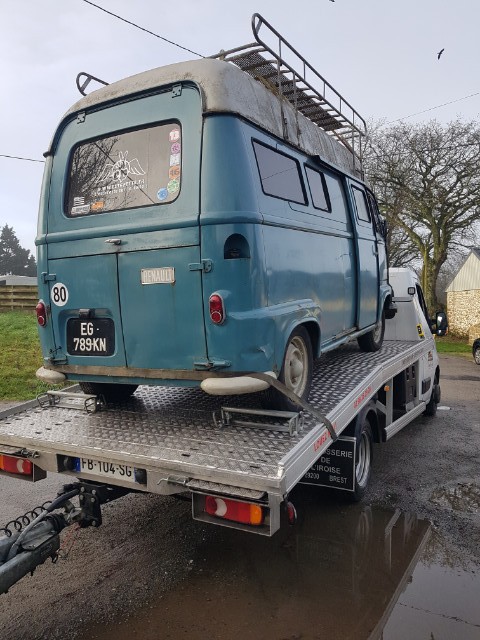 then comes the turn of the big, who is mounted by his own on the trailer, this is the video that proves that he run despite the smoke he leaves behind him 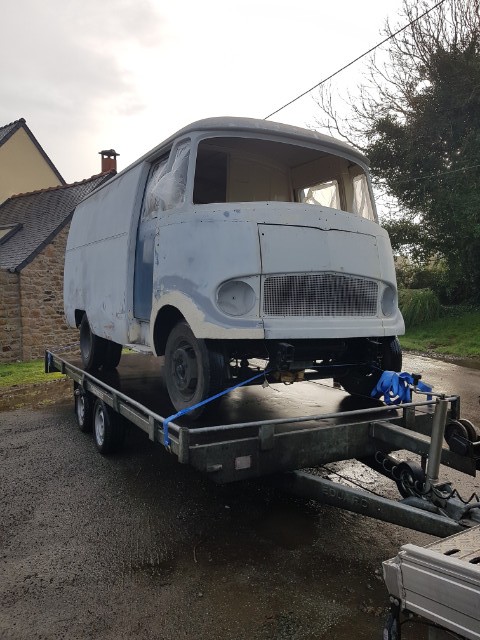 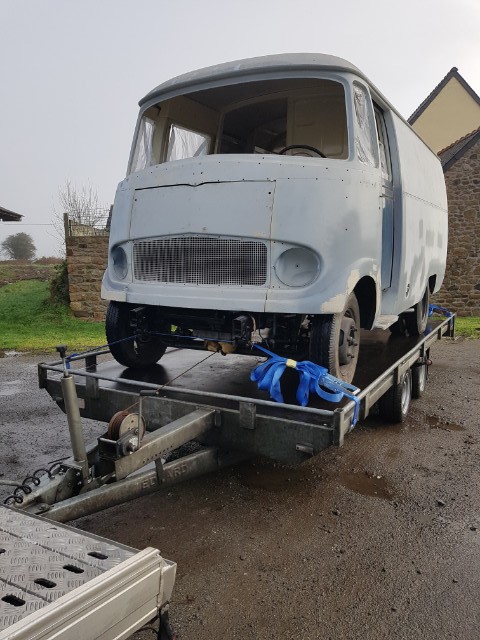 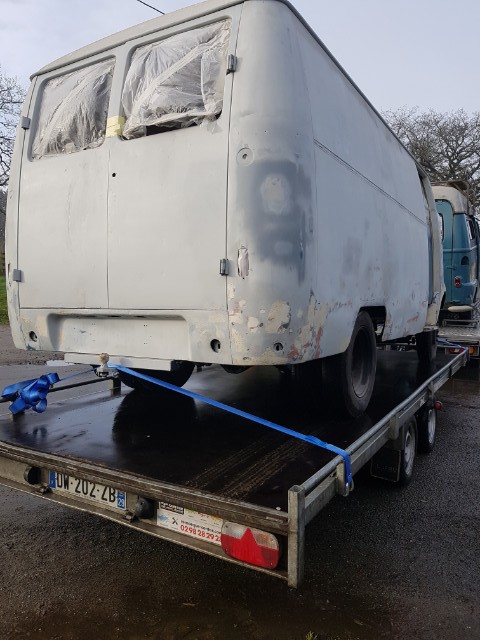 it was a cool convoy on the road but a real pleasure to drive and see the heads of people around! 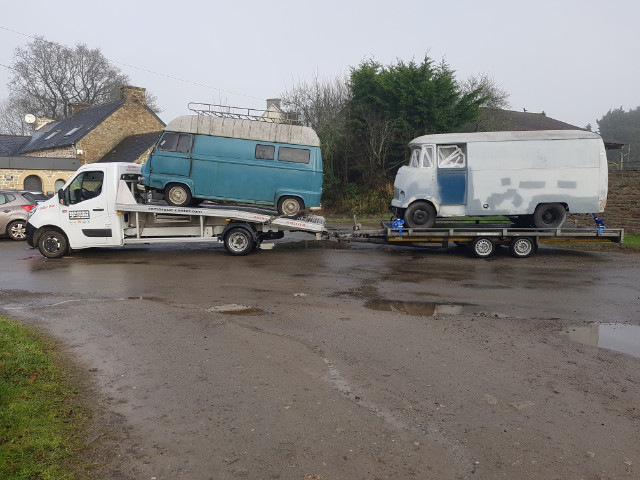 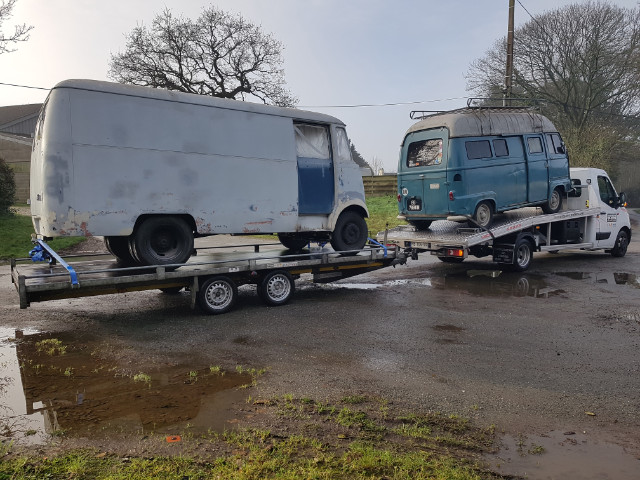 by chance, no rain on the road, the grouper remained dry! the rain began to fall 5 minutes after entering the estaf in the garage ... good timing!

the afternoon we made a round trip to bring my donor with the mob inside and a small trailer filled with stuff that dragged. this time it was under heavy rain .... 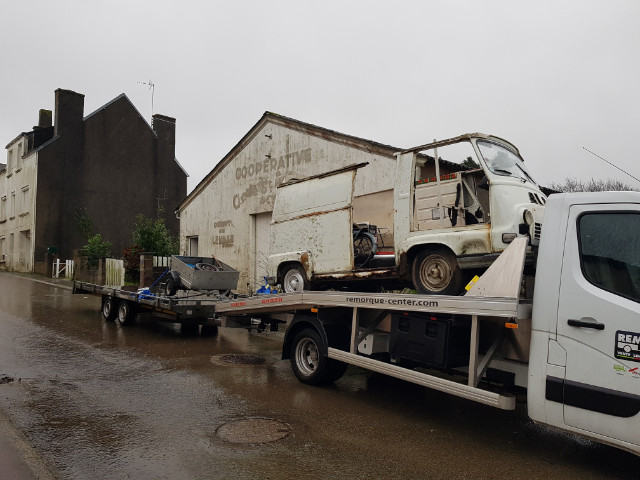 and here everyone is in place, it remains for me to bring back a lot of things, the spare part and others but it will be for another time. after there will be all the establishment, arrangement and storage of the interior 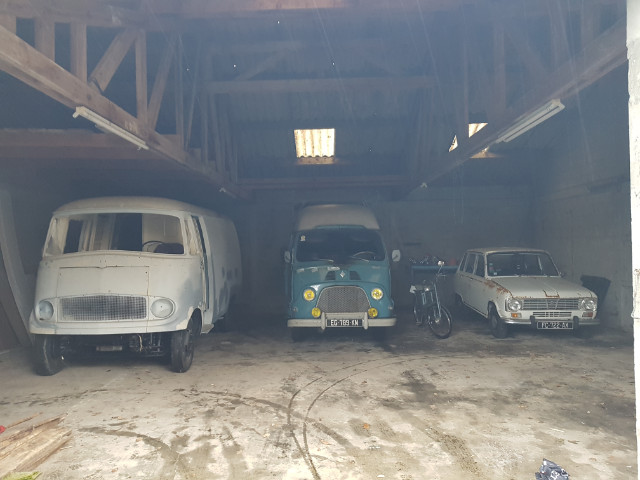 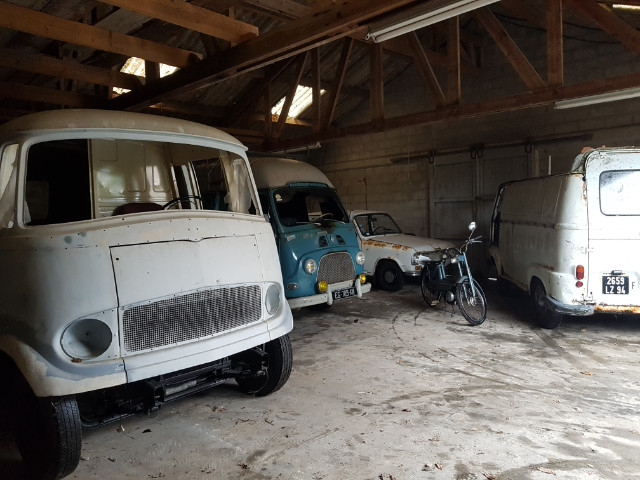 it seams to be full on the photo but I still have a lot of place, in case of problem, I have 1000m ² of garden so I can always make another garage on my field

Hi Jim,
Congrats on the new garage. Looks absolutely great and really big. I would love to have such a garage, so I could store my cars inside.
And good luck for the work on your Estafette and the L319.
Would be great to meet you somewhen with your finished 319.
Christian
Nach oben

hi everybody ! some news !

so the work doesn't continue on the L319 until i'll get electricity.

i get a new car a week ago

if someone got the owner's manual in french or english in pdf or paper, i need it 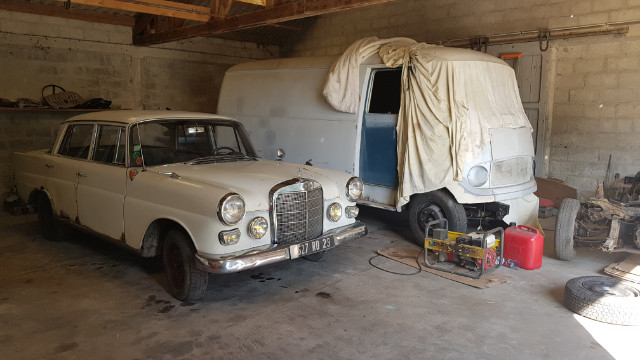 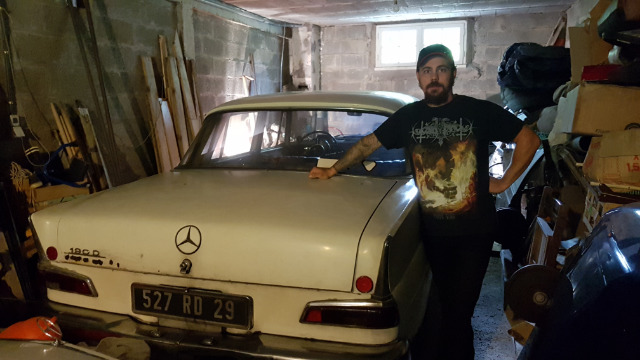 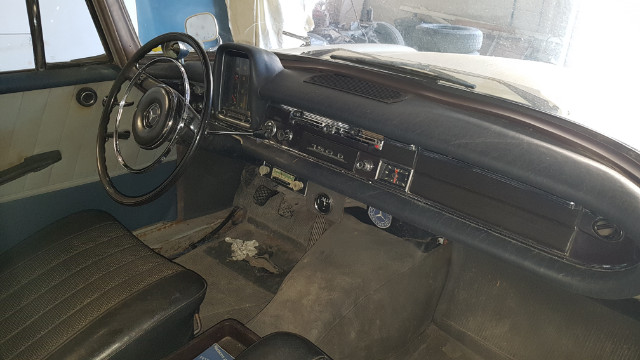 now i've got work for the following years

FINALLY !!!!!!!!! i've got electricity after one year of administrative fights with the power compagny !!!!!

i've bought a new weld machine and many thing ! 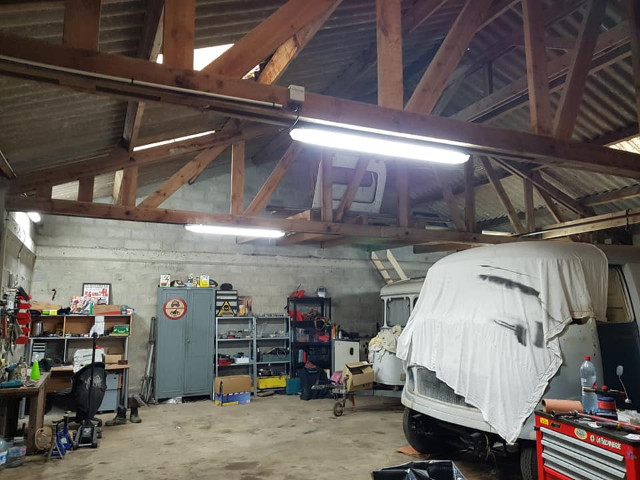 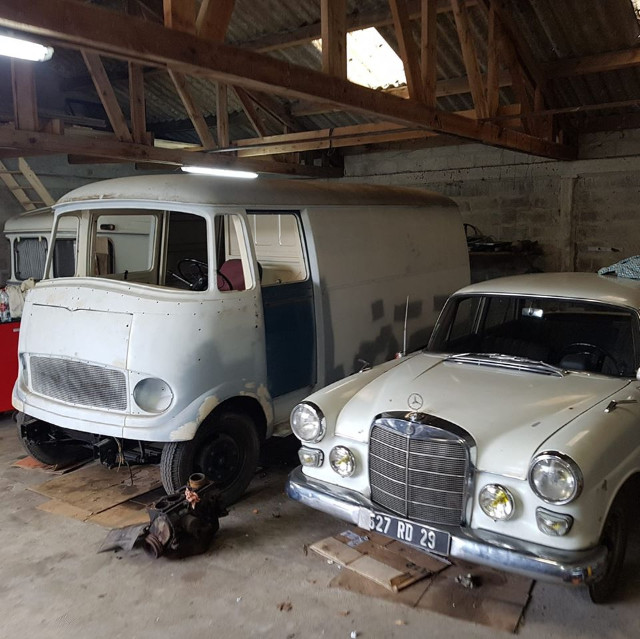 and my two daily cars ! 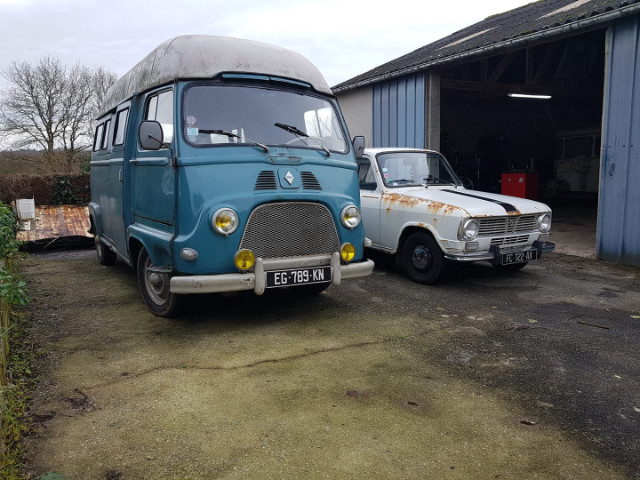 more work and picture on the L319 coming soon